One of the most important parts of the human reproductive system is the fallopian tube. It connects the ovaries and the uterus. The fallopian tubes carry an egg from an ovary to the uterus during ovulation (rupture of the follicle). This event occurs roughly in the middle of a menstrual cycle every month.

Not only that, fertilization (conception) also occurs in the fallopian tube. During fertilization, the fertilized egg moves through the tube and reaches the uterus. The fusion of egg and sperm results in the zygote. This process is called implantation.

The condition in which the sperm cannot fuse with the egg and obstructs the path back to the uterus for the zygote is referred to as fallopian tube blockage. Due to blockage, the tube becomes narrow and the time taken by the sperm to meet is more than normal.

You can always consult with a gynecologist if you are facing discomfort. There could be many factors that can affect the fallopian tube. You can visit one of the renowned and best IVF centers in Mumbai.

During this time the fertilized egg cannot migrate and hence implantation doesn’t occur. As a result, it’s difficult to conceive. Few symptoms like heavy pain in the pelvic area, and painful periods as in endometriosis are prevalent. You can’t really figure out that you have blocked fallopian tubes. This is because it doesn’t show any symptoms until you try to get pregnant and face problems.

Sometimes, mild, regular pain on one side of the abdomen indicates hydrosalpinx. Here, the blocked fallopian tube fills with fluid and gets enlarged. Today, the most common factor for infertility is blockage of fallopian tubes. About 20 to 40 percent of cases account for this.

A partial blockage also contributes to the female factor infertility. This condition results in a painful condition called an ectopic pregnancy where the zygote is stuck inside an obstructed tube. In case, you have one fallopian tube blocked, and one remains free, you can still become pregnant. Gynecologists refer to some fertility drugs to improve the chance of ovulation.

How to diagnose a blocked fallopian tube?

Hysterosalpingography (HCG) is a diagnostic process that uses X-ray for examining fallopian tube blockage. The medical professional introduces a contrast dye into your uterus as well as fallopian tubes.  Clearly, doctors can check the extent of tubal blockage in the presence of dye. It’s better to visit your doctor during the first half of menstruation. This process involves rare side effects, but the reports can be false-positive often.

Sonohysterography tends to show defective reproductive tissues using ultrasound. A transvaginal ultrasound uses sound waves instead of ultrasound and x-rays to produce images. To diagnose the condition of the uterus and fallopian tubes, the doctor pushes the transducer to the vaginal canal to take video or images.

Sonohysterosalpingography is an alternative to ultrasound to detect the presence of hydrosalpinx. A supplied saline solution delineates the uterus during the examination. If hysterosalpingography fails to diagnose the blockage and other conditions, doctors use laparoscopy for further examination. This too conveys video to a computer screen to evaluate defects. The doctor may remove the blockage if possible through this laparoscope (a small, illuminated probe) creating small incisions.

Treatment for a tubal block in infertility

There are few ways by which you can overcome the blockage in the fallopian tube. Either surgery can help to treat or IVF (In vitro fertilization). If the tubes possess small amounts of scar tissue or adhesions, laparoscopic surgery is necessary. In case, you have large amounts of adhesions and scar tissues, only laparoscopy may not help to remove the blockage.

Tuboplasty (complete surgical reconstruction of the fallopian tube) and surgery to only damaged parts of the tube and connecting two healthy parts may be an option. So, one can go for surgery if the tube is not fully damaged. Conception is possible post-surgery.

If the tubes are badly damaged, IVF is the only possible option to choose those who want to make a family on their own. IVF is done by an embryologist by extracting a viable egg and then fertilizing it to sperm in a laboratory.  After that, the embryo is implanted in the uterus and conceived naturally.

Blockage in fallopian tubes leads to infertility, but it’s still possible to become a mother. Sometimes, laparoscopic surgery can remove the blockage. If surgery is not possible, IVF is the best option to consider as there is some bypass treatment available for conception. 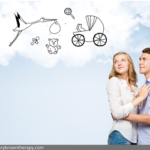 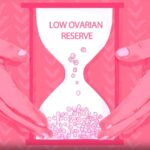 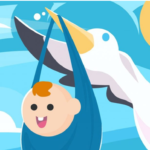 10+ Ways to Improve Your Chances of Conceiving 3 months ago